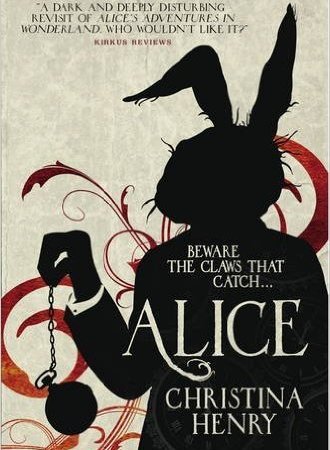 Blogging/editorial note from bobbygw: In celebration of the UK publication of Alice by bestselling novelist Christina Henry  (also author of the highly successful Black Wings trilogy, comprising Black Spring, Black Heart, Black City), this post is by her as part of her blog tour series to promote this great novel. There’s more info about her entertaining tour at the end of this post, so you can read all her posts in the series at your leisure. Note: Titan Books publish Red Queen, the sequel to Alice, on July 12 2016 in paperback and ebook editions.

One of the most influential fantasy stories of all time is Alice’s Adventures in Wonderland. I’ve written before that Alice and her story have become embedded in our cultural memory in such a way that even people who’ve never read the original story feel as though they must have.

Alice’s story is so iconic and has such a fairy-tale-like, almost mythical quality that many filmmakers and authors (including myself) have dipped into that sandbox to create our own Wonderlands (or in my case, more of a Nightmareland) and shape our own versions of Alice.

There have been lots of direct interpretations of the story, and I love many of them, but I’m especially interested in the stories that have Alice’s DNA without being specifically Alice stories. After all, any story that has a hole for the hero/heroine to fall through or a magical door to another world owes a debt to Alice’s Adventures in Wonderland.

Here are my four favorite Alices (and almost Alices):

4) Disney’s 1951 Alice in Wonderland film – This is the first version of the story that I remember seeing, and it remains one of the most enduring for me.  The Cheshire Cat, in particular, becomes much more whimsical and charming in this version. In the book I always felt he just enjoyed thwarting Alice, but his mischievous expressions in the film mitigate that to some degree.

3) C.S. Lewis’ The Lion, the Witch and the Wardrobe – Supernatural passageway to another world? Check. Young heroine who discovers a magical world and creatures and accepts them in a matter-of-fact way? Check. Much is made of both the Christian allegory and epic fantasy elements of this story, but at its heart this book is Lucy’s Adventures in Narnia.

2) Neil Gaiman’s Coraline – Here Alice is called Coraline, and the passage she goes through brings her to a place that seems wonderful at first but quickly turns dark and frightening. There’s even a black cat whose helpful unhelpfulness rivals the Cheshire’s.

1) Angela Carter’s “Wolf-Alice” from The Bloody Chamber and Other Stories – This story has a loose tie to Through the Looking Glass and also to a version of Little Red Riding Hood. I adore Angela Carter and the way she interpreted the darkness in well-known fairy tales. In this story Alice becomes a self-aware adult, which is a theme that runs underneath the Carroll stories – all along Alice is becoming less childlike, more grownup.

I’m soon going to be reviewing marvelous Mr Waters’ latest book so, in his honour, here’s my appreciation of his last essay collection.

Click image to buy the paperback with free delivery worldwide

John Waters is arguably America’s most wonderful, funny, quirky and clever cult film director — after all, who can forget, once seen, the marvels of‘the movie Pink Flamingos 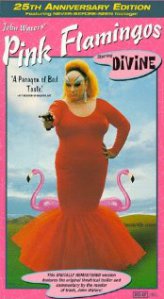 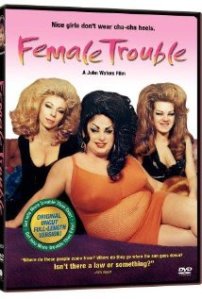 and the amazing Divine!? — and, for those who aren’t already fans of his journalism as well, John Waters is a gifted writer with a grace and tone as smooth as silk: this is demonstrated abundantly in Role Models, his latest collection of journalism/essays. You can hear his voice as he reflects, shares, meditates and wryly comments on a lot of topics, from modern artists to neglected novelists, fashion designers to murderers, singers to fantasy, collecting and much more. He’s widely read and, inevitably I think, his own cultural interests are equally wide-ranging; unsurprisingly, too, the essays are all reflective of his quirky, distinctive — and, I…

and, in the immortal words of Jason Nesmith of Galaxy Quest: 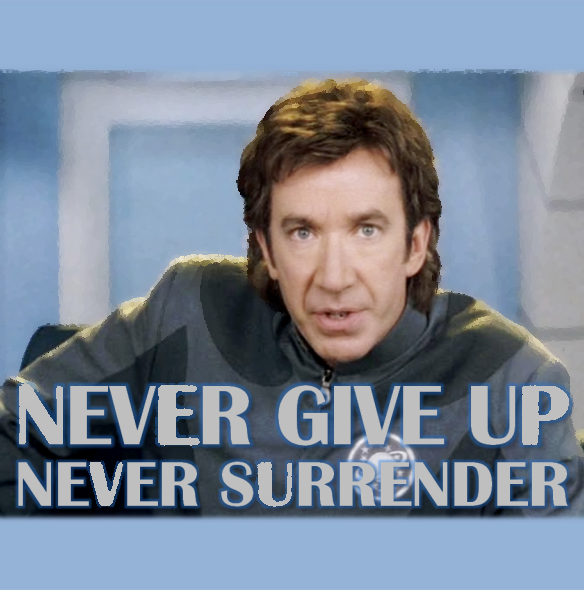 (OO-er bonus: If you click on the image, it’ll take you to a YouTube clip of the very quote.)

Always fun to see a top # list of authors and check who you’ve read and who you may have missed it like to add. Some fascinating stats here, too.

News from the San Diego Becks

Please note that none of the lists involving 101-200 have numbers attached because I didn’t rank them.